When you book with an account, you will be able to track your payment status, track the confirmation and you can also rate the tour after you finished the tour.
Sign Up

Or Continue As Guest

When you book with an account, you will be able to track your payment status, track the confirmation and you can also rate the tour after you finished the tour.
Sign Up
1130
2 Hours
Piazza Maggiore
Min Age : 6+

Walking tour in Bologna citycentre (morning or afternoon). An original and easy itinerary which moves from art
and churches up to gastronomic excellence of Bologna, chief town of the Italian region of Emilia-Romagna.
The best start to discover Bologna: the red, the wise and the fat!

The tour starts at Piazza Maggiore, the heart of Bologna with its main red coloured buildings: the City Hall, the Podestà Palace, the most famous Neptune’s Fountain, the King Enzo’s Palace and the Sala Borsa.
You’ll admire the Basilica of Saint Petronio (visit inside according to opening hours), one of the biggest churches in the world and the only one with the longest sundial in Europe.
The tour will continue with a visit of the first seat of the University of Bologna, Archiginnasio (visit inside, closed on Sunday) and its famous Anatomy Theatre dated 1637.
After we will walk through the historical Food Market towards the gothic Merchants’ Palace and the Saint Steven’s Basilica, better known as the Seven Churches Complex (visit inside according to opening hours). 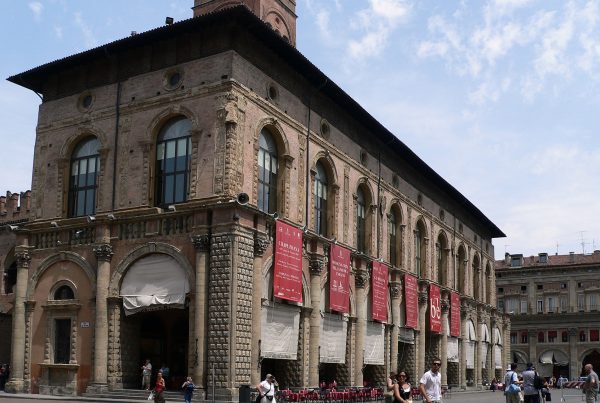 From€120
10 travellers are considering this tour right now!

This website uses cookies to improve your experience while you navigate through the website. Out of these, the cookies that are categorized as necessary are stored on your browser as they are essential for the working of basic functionalities of the website. We also use third-party cookies that help us analyze and understand how you use this website. These cookies will be stored in your browser only with your consent. You also have the option to opt-out of these cookies. But opting out of some of these cookies may affect your browsing experience.
Necessary Always Enabled

Any cookies that may not be particularly necessary for the website to function and is used specifically to collect user personal data via analytics, ads, other embedded contents are termed as non-necessary cookies. It is mandatory to procure user consent prior to running these cookies on your website.